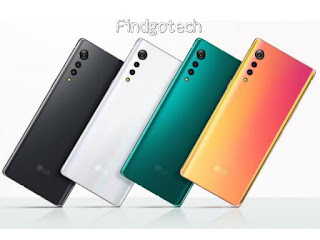 The LG Velvet comes with a 6.8-inch Full HD Plus Cinema Full Vision OLED display with a resolution of 2340 × 1080 pixels. The pixel density of its screen is 395 PPI. This smartphone has an octa-core Qualcomm Snapdragon 845 processor, 6GB RAM, and 128GB storage for better performance. This storage can be increased to 1TB with the help of a micro-SD card. That’s where this smartphone works on Android 10 out-of-the-box.

The company has a triple rear camera setup in the LG Velvet smartphone, with a 48MP primary sensor, an ultra-wide-angle lens of 8MP, and a depth sensor of 5MP. Also, a 16MP selfie camera is given in front of the phone.

Also Read: What is the right price of data and where does the data come from

Let’s say LG launched the LG K71 smartphone in September last month. The LG K71 comes with a 6.8-inch Full HD Plus notch display with an aspect ratio of 20.5:9. Also, this phone has 4GB RAM and 128GB storage with an octa-core Mediatek Helio P35 processor for better performance, which can be increased with the help of a micro SD card. That’s where this smartphone works on LG custom UI based on Android 10.

Also Read: If the internal storage of the phone is full then these tricks apply to increase storage

The company has a triple rear camera setup in the LG K71 smartphone, with a primary sensor of 48MP, a secondary sensor of 5MP, and a depth sensor of 5MP. At the same time, a selfie camera of 32MP is given in the front of this phone.

The LG K71 is paired with connectivity features like Wi-Fi, Bluetooth 5.0, GPS, and USB port Type-C. In addition, the smartphone has a 4,000mAh battery, which provides great battery backup.