The Mi 10T series, two new smartphones Mi 10T Pro and Mi 10T will be launched in the Indian market today. However, the series has already been knocked out in the global market and now Indian users are eagerly awaiting it.

Both smartphones launched under this series work on Qualcomm Snapdragon 865 processors. These will be given a 144Hz refresh rate as special features. You will find all the updates related to the Mi 10T series launched in India here. 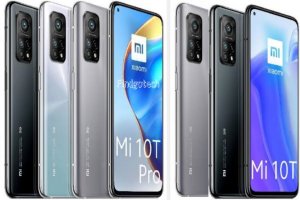 Xiaomi has recently launched several smartphones with 108MP. The same is now launching Mi10T Pro the 108MP lineup in India before the festival season.

Both Mi 10T and Mi10T Pro smartphones have been globally launched in the month of September.

The price of mi 10T has been revealed on the company’s Twitter account ahead of the launch. According to which the price in India will be Rs 44,999.

It has also been clarified that users will be able to purchase the Mi 10T series on Flipkart in the Big Billion Days sale starting October 16.

The series will be available for sale on Exclusive Flipkart India. A number of teasers have been issued on Flipkart before the launch. Mi 10T Series 5G Preorder Starts On 15th Oct,12:00PM.