PUBG Mobile and PUBG Mobile Lite games will not be able to play from today, ban in India 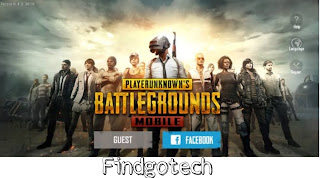 Also Read: How To Change UPI PIN On PhonePe And How Much Money Can Withdraw?

PUBG Mobile India Facebook page said that they have returned PUBG Mobile’s publishing rights to PUBG’s Intellectual Property Owner – PUBG Corporation. In this message, he wrote – Dear fans, for compliance with the interim order of the Ministry of Electronics and Information Technology, September 2, 2020, Tencent Games will provide all services and access for users in India.

PUBG MOBILE Nordic Map: Livik and PUBG Mobile Lite Both will be terminated on October 30, 2020. The rights to publish PUBG MOBILE in India will be returned to the owner of PUBG Intellectual Property. ”

PUBG- This Diwali may give PUBG a big surprise, can be done with Microsoft